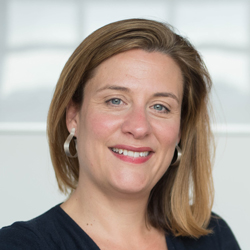 In the UK, one in 19 people will be diagnosed with blood cancer, but awareness of the symptoms is shockingly low.

Our research has found that only half of adults in the UK can name a single symptom of blood cancer.

Blood cancer is the third biggest cancer killer in the UK, with 15,000 people losing their lives to it every year. Unlike many other cancers, it’s not possible to predict whether a person is at a higher risk of developing most types of blood cancer and you can’t currently screen for them. This makes awareness of the signs of blood cancer by both the public and medical professionals even more vital.

Every day, we hear stories from people who have unknowingly lived with blood cancer for months and sometimes even years before being diagnosed. One of them is Derek, a paramedic who became so ill before being diagnosed that he was rushed to hospital in his own ambulance despite having gone to the GP several times trying to get a diagnosis for symptoms that couldn’t be explained.

Derek is not an isolated case. His experience is backed up by the NHS’s own data, which shows that people with blood cancer are more likely to have to go to the GP several times before being diagnosed than people with any other common cancer.

Symptoms of blood cancer can be easily confused

The main challenge faced by not only the public but also GPs is that many of the symptoms of blood cancer are vague. Symptoms can include extreme tiredness, night sweats, unexplained bruising and unexplained weight loss. This means there is a danger that they could be downplayed as a benign condition or put down to the ageing process, stressful lifestyles or depression, as found by a University of York study of people with lymphoma this year.

Early diagnosis of blood cancer is key for saving lives

The NHS Long-term Plan has made a commitment to ensure that more cancers are diagnosed earlier. We believe that increasing the number of people that recognise symptoms for blood cancer would be a major step towards better identification and swifter treatment of this terrible disease, and this, in turn, would save lives.

At Bloodwise, we have made raising awareness of the symptoms of blood cancer a priority. To help both the public and GPs, we have developed a simple guide (bloodwise.org.uk/symptoms) on what symptoms should be checked out by a health professional.