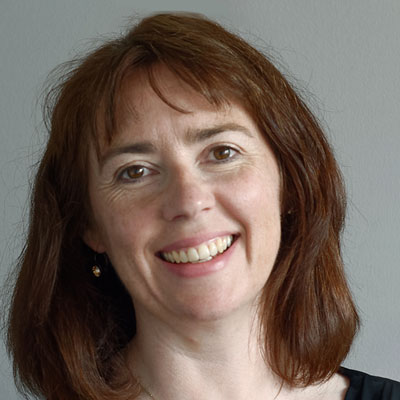 Health policy-makers, pharma companies and the general population all have a role to play in improving prospects for people with incurable myeloma.

“A diagnosis of myeloma is an isolating experience,” says Shelagh McKinlay, who heads up patient advocacy at charity organisation Myeloma UK. “Most people have never heard of the disease and most GPs will only come across one case every eight to 10 years.”

Yet, as the population ages, this incurable cancer is set to become more common, placing yet more strain on an already over-stretched and under-resourced health service. The imperative, says McKinlay, is to improve diagnosis and treatment, increasing time in remission so that more people can live for longer periods with a better quality of life.

Myeloma, also known as multiple myeloma, is a blood cancer arising from faulty plasma cells. Myeloma UK estimate up to 24,000 people currently live with myeloma in the UK. The condition accounts for 15% of blood cancers, and 2% of all cancers.

Mostly affecting people over the age of 65, myeloma is a challenging condition to manage. Two key symptoms, mid- to low-back pain and fatigue, can often be dismissed as signs of ‘old age’. Neither are there any lumps or tumours to find. As a result, over 50% of people with the condition will see a GP at least three times before receiving a diagnosis, delaying treatment by almost six months; a third of people are diagnosed only as a result of emergency admission. By this stage, it can often be too late: one-year survival rates at this stage fall to around 62%, compared to 88% among those diagnosed earlier. “Early diagnosis and treatment is vital not just to improving survival but also in securing a good quality of life, McKinlay stresses.

The power of patient advocacy

Relative to the amount of people affected by the ‘big four Cs’ of  lung, colorectal, breast and stomach cancer, myeloma is a rare condition, and too often it is not prioritised in NHS strategies and resourcing. It is organisations such as Myeloma UK that make sure the patient voice counts, raising the profile of myeloma among health policy makers, pharmaceutical companies and the general population. McKinlay says: “We need to shift the conversation away from just ‘numbers’, and to look at cancers where there is a real need to improve treatment, care and survival.”

As the NHS prepares to embark on its new Long Term Plan, McKinlay believes that myeloma care improvements are possible at a range of levels – from the pharma companies that are investing in research, and more rapid and accurate diagnosis – to the general population, who can take part in data collections that give vital feedback that helps to inform patient-centred care. McKinlay says: “Over the past 10 years we have seen major progress in the treatment of myeloma, but the challenge is to continue the momentum. It is the responsibility of everyone in the system to find sustainable solutions.”