How will Brexit affect European radiologists? How will we ensure AI and machine learning is ethical? And just how safe are gadolinium-based contrast agents for MRI? 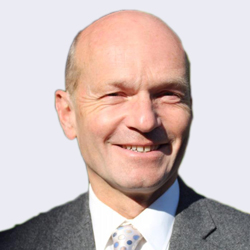 Brexit is already exerting an influence on European radiology, having contributed to untold numbers of radiologists and radiographers leaving the UK and returning to their native EU countries. This is a serious blow for the UK, but positive news for the healthcare system of other nations.

The unanswered question is how Brexit will affect the future mobility and recruitment of staff. In September 2018, Dr Nicola Strickland, President of the Royal College of Radiologists, predicted that the UK will have a shortage of at least 1,600 radiologists by 2022 and the scale of the crisis cannot be overstated. The loss of EU research grants will be an important factor too, particularly in molecular imaging and basic research.

Changes are also occurring in the regulation and supply of devices and drugs, including contrast agents and radiopharmaceuticals. The UK vote to leave the EU has led to the relocation of the European Medicines Agency from London to Amsterdam. It’s uncertain how this will affect the regulatory process and drug supply chain in the years ahead.

Artificial intelligence (AI) made sustained progress in 2018. Deep-learning algorithms are being developed and tested at a rapid rate, and AI is starting to permeate nearly every aspect of the radiology practice.

The jury’s out as to whether the hype about AI is justified. Supporters are convinced AI can fuel the next technological revolution and will have a significant impact, and AI holds great promise for overworked radiologists who want to offload less rewarding chores.Others think a service run by machines, with people being sidelined, is a chilling prospect. The technology is immature, and constant upgrades and updates will be essential, plus an infinite supply of reliable, freely available data for AI remains a distant prospect, say the sceptics.

AI’s evoluton continues apace, and many new products and services are being unveiled in Vienna. The main challenge, however, is to ensure an ethical approach to AI is taken and adequate regulation is in force to guarantee patient safety and confidentiality and avoid inhuman decisions.

Debate over safety and future use of gadolinium MRI contrast

Controversy over the safety of gadolinium-based contrast agents (GBCAs) for MRI shows no sign of abating. Most discussion now is on gadolinium deposition in the brain and body tissue of patients after MRI, as scientists strive to build up a better understanding of the mechanism by which deposition occurs.

In the US, a road map to guide research investigations has been published. It focuses on issues such as the long-term biodistribution of GBCAs, the potential toxicity of retained gadolinium, and whether certain populations are more vulnerable. Will Europe produce a similar guide? Also, will lawsuits be made against manufacturers, as has happened in the US?

The issue is unlikely to disappear during 2019. It will be intriguing to see what new evidence emerges at ECR 2019. As the world of medical imaging gathers in Vienna for ECR 2019, now is an excellent time for everyone to consider the big picture.

For live updates on the ECR event in Vienna, go to: radcast.auntminnieeurope.com