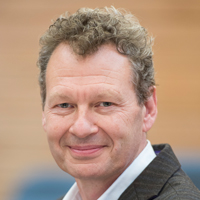 Immunotherapy is a type of cancer treatment that harnesses the body’s own immune system to kill tumours. It has already dramatically improved the outlook for certain types of cancer, particularly in patients who have become resistant to standard treatments, such as chemotherapy.

Cytotoxic T-lymphocytes (or killer T cells) usually detect damaged cells or those infected with viruses, however they can also recognise cancer cells as if they were a foreign body. They do this by detecting small peptides, which are displayed by MHC class I molecules, that decorate the surface of every cell in the body.

Cancer cells present surface peptides that mark them as foreign

Pioneering work by researchers at the Ludwig institute in Brussels in the late 1980’s revealed that cancer cells display three types of surface peptides via the MHC class I that mark them as foreign.

The first are derived from proteins that are only made in cancer cells, the second are derived from proteins that have mutated to drive cancer development, and the third are created by the thousands of genetic mutations that occur in individual tumours as they progress. These proteins essentially flag the cancer cells as foreign, meaning that they can be spotted and targeted by killer T cells.

Killer T cells can accumulate inside tumours. Although their cytotoxic function is usually inactivated in the tumour microenvironment, the fact that they are present can be used to our advantage; and they can even be reactivated.

The focus of my work is understanding how MHC class I molecules select which tumour-derived peptides to present at the cell surface from a vast pool of possible candidates; and how changes in the environment of a growing tumour can influence this process.

Our research has led us into a fascinating new area of biochemistry called protein dynamics, which at first seems remote from the business of curing cancer but will, we hope, help us to understand the specificity of anti-cancer immunity.

Interestingly, we’ve found that MHC class I molecules are not static entities; they move in a specific way, allowing them to act as immunological “sentinels”. And because there are many different variants of the MHC class I molecule in the human population, they all have slightly different propensities when it comes to selecting cancer peptides.

By collecting this information and building it into computer programmes, we hope to be able to predict exactly which cancer-derived peptides will boost the killer T cells that do the most harm to the tumour, without damaging normal tissue. This will provide a basis for designing better cancer vaccines and may even allow us to select patients who will respond well to checkpoint blockade immunotherapy.