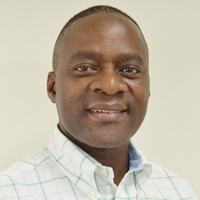 President of the Federation of African Immunological Societies (FAIS) 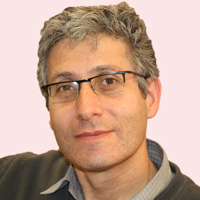 HIV/AIDS, tuberculosis (TB), and malaria are three major infections that globally lead to approximately five million deaths every year, with the majority of these occurring in sub-Saharan Africa.

Despite global efforts at prevention and improving control, the public health impact of these diseases is still huge. Medicines are the mainstay of control efforts, but drug resistance is a constant threat. Effective vaccines are urgently required and would add substantially to the ongoing efforts to curb these diseases.

The first vaccine against malaria to receive a positive opinion from the European Medicines Agency will soon be tested in implementation trials in three African countries: Kenya, Malawi and Ghana.

This vaccine targets a single protein from the pre-erythrocytic stage of the parasite life-cycle and protects an estimated four of ten individuals vaccinated. In areas of where the intensity of malaria transmission is high, the benefits of this modest efficacy are welcome.

It is clear though, that it is not yet the magic bullet for malaria, and efforts to develop vaccines targeting the erythrocytic stages, and those that block transmission to mosquitos continue vigorously. Sub-unit vaccines containing antigens from multiple stages, as well as attenuated whole-organism vaccines also continue to be explored. New on the horizon is the prospect for monoclonal antibodies, which would provide short-term protection.

HIV vaccine is a top priority

An efficacious HIV vaccine remains one of the top priorities to curb the high rates of viral transmission globally, and more so in sub-Saharan Africa. The anti-retroviral therapy (ART) roll-out in many African countries, through a variety of funding sources, has been a game-changer for those people who are HIV-infected.

A combination of an effective vaccine along with ART and pre-exposure prophylaxis (PrEP) can make huge in-roads to curbing high transmission rates.

Multiple strategies are being employed, which range from reverse-engineering broadly neutralising antibodies, using novel viral vectors carrying HIV genes and employing a heterologous prime-boost approach. The moderate success of 31% efficacy in the RV144 trial in Thailand, using a vector prime and anti-env antibody boost is being repeated in Africa. The combination is immunogenic and elicits binding IgG to the V1/V2 loop of Env, shown to be a correlate of reduced risk of HIV acquisition.

Current measures to control tuberculosis (TB), the leading infectious cause of death worldwide, are similarly insufficient and underscore the urgent need for effective TB vaccines to augment existing interventions.

Bacille Calmette-Guerin (BCG) is the only licenced TB vaccine and has been available since 1921. While neonatal BCG vaccination can provide partial protection against severe TB disease in infants and young children, it is poorly protective against adult and adolescent pulmonary TB.

For the last decade, efforts to develop new TB vaccines using a variety of platforms and vaccination strategies have intensified. These efforts include adjuvant proteins, vectored subunit vaccines and whole cell vaccines for TB disease prevention, early life immunisation, boosting BCG and as adjunct immune therapies to reduce the duration of drug therapy.

There is genuine enthusiasm in the field and the results of the M72/AS01E vaccine trial published recently are a cause for optimism. This vaccine contains an immunogenic fusion protein (M72) derived from two Mycobacterium tuberculosis (Mtb) antigens (MTB32A and MTB39A), adjuvanted with AS01E.

These infectious diseases provide fertile ground for active research and continued collaboration between African and international scientists will be instrumental for more progress.