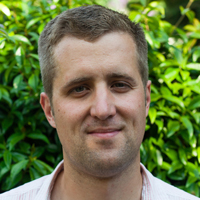 We are standing on the cusp of a “single-cell revolution” that could increase our understanding of the immune system exponentially.

The technology, developed by 10x Genomics, allows scientists to analyse the antigen receptors of an individual T-cell, uncover which proteins are on the cell’s surface, and ‘match’ the antigens that will attach to it.

“This is really exciting because it gives you a holistic view of what’s going on,” said Mike Stubbington, Computational Biologist at the company.

“You get this complete view of the cell: which genes are switched on, which proteins are on its surface, what its T-cell receptor sequence is, and if that T-cell receptor binds to one of the antigens you are interested in.”

It’s an “incredible amount of information”, and the approach allows for tens of thousands of cells to be analysed at this minute level.

As you scale up the amount of data, it gets very complex very quickly, but I think we are at a really good place in terms of computation approaches.

10x Genomics is about to release a database of more than 100,000 individual T cells and their ability to recognise 44 different antigens. The data set took less than a week to compile.

Mike said: “We are releasing the data so researchers can understand how they might conduct experiments and what some of the difficulties might be. We really want to work with the community to drive this new world forward.”

So far, 10x has “only scratched the surface”, but the approach could be game changing in areas from diagnostics to therapy.

“Imagine if we could ask, ‘what is the immune system responding to?’ Imagine designing a complete, novel, synthetic antigen receptor that recognises your immune response target.

“That gets you into the world of novel immunotherapy and being able to rationally design those treatments,” said Mike, explaining that a better understanding of cellular biology and disease would also greatly benefit research.

The biggest challenge to achieving such heights, however, is the ability to see a clear path through so much information.

“As you scale up the amount of data, it gets very complex very quickly, but I think we are at a really good place in terms of computation approaches,” said Mike.

With machine learning offering ever more sophisticated ways of extracting patterns from high-dimensional data sets, the time is right for the single-cell revolution, he concluded.