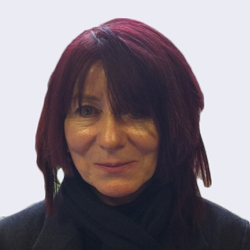 Head of Information at The Migraine Trust

Migraine is a health condition that comes with multiple symptoms, which can attack people over decades of their lives.

Symptoms may include a severe, one-sided, throbbing headache that can last up to 72 hours, nausea and vomiting, sensitivity to normal levels of light, sound and smell, and visual disturbance. But, in between migraine attacks, people return to their usual state of health.

Migraine is divided into two subtypes: migraine with aura and migraine without aura. Migraine aura symptoms may include visual disturbance, and feelings of ‘pins and needles’ or numbness on one side of the body.

Migraine is the third most common disease in the world, with an estimated global prevalence of 14.7% (around one in seven people). Migraine affects three times as many women as men, with this higher rate being most likely hormonally-driven.

Migraine can begin at puberty and last a lifetime

Migraine is very common and disabling. It affects mostly younger people during the most productive years of their lives, when they are finishing education, looking after a family and building a career.

Migraine often starts at puberty and most affects those aged between 35 and 45 years, but it can trouble much younger people, including children[. Migraine can therefore have a cumulative negative impact on quality of life throughout a person’s lifetime.

There are four types of medicines that are commonly used to treat acute migraine attacks: ordinary painkillers, anti-inflammatory painkillers and anti-sickness medicines.

For frequent attacks, a course of daily preventive medicines may be taken. The National Institute for Health and Care Excellence (NICE) headache guideline lists propranolol, topiramate and amitriptyline.

Research has recently led to the development of calcitonin gene related peptide (CGRP) drugs but these are not yet available on the NHS.

Devices to fight migraine, instead of medication

There are also devices that can be used to treat migraine, which are a particularly good option for people who can’t take medication. These include single-pulse transcranial magnetic stimulation (sTMS), which involves placing the sTMS device against the back of the head for less than a second to deliver a very brief pre-set magnetic pulse.

Another is a device that enables patients to self-administer discrete doses of non-invasive vagus nerve stimulation (nVNS) therapy. There is also a device that connects to an adhesive electrode that is positioned on the forehead. Through the electrode, precise micro-impulses are generated in order to stimulate the nerve endings of the trigeminal nerve.