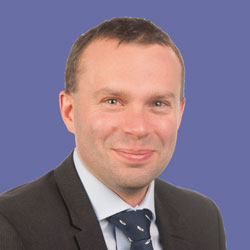 Mr Adam Williams, consultant neurosurgeon, explains the principles behind spinal cord stimulation and the potential benefits of newer devices that allow therapy to be personalised for individual patients.

“Pain affects the whole scope of people’s lives – effective treatment can bring them back toward normality, although every patient feels their pain differently. The impact of pain is far-reaching and can affect the patient’s mood, sleep, relationships and their ability to work,” says Dr Adam Williams, Consultant Neurosurgeon at the North Bristol NHS Trust.

Spinal cord stimulation (SCS) is a procedure whereby the patient’s spinal cord is stimulated by a lead that has been implanted into the epidural space. This is a form of neuromodulation, a field that utilises both implantable and non-implantable technologies, electrical or chemical, to impact upon neural interfaces to improve life for humanity (International Neuromodulation Society definition). Mr Williams explains that this stimulation has a broad effect on structures in both the brain and the spinal cord and that it can revolutionise pain management for patients who have tried everything else. The most common group of patients for whom SCS will be tried on are those with failed back surgery syndrome. They may have had more than one operation on their lower spine but have been left with significant pain in their back, which often radiates to the legs. It is also used for patients with pain in their neck and arms, as well as for some patients who have pain in other areas such as the chest or groin.

SCS can be personalised

The first SCS systems provided only one type of stimulation, known as tonic stimulation. They were set up at the clinic where the patient was able to switch them on and off, but more detailed interactions were not possible. Modern systems are more interactive and personalisable, with some allowing combination therapy, where multiple waveforms can be delivered at the same time, a process that can also be automated should the patient wish.

Historic devices could only be programmed with one type of waveform, whereas all modern devices have flexibility in the waveforms that can be used. With waveform automation and combination therapy, different types of waveform can be used and more than one can be delivered at the same time.

It may be appropriate to deliver different stimulation to two different parts of the body, or more than one stimulation to one part of the body at the same time. Alternatively, different waveforms can be used one after the other. Some programmes will improve the pain without the addition of another other sensations, whereas others cause a pleasant tingling that the patient can feel, thus reassuring the patient that the system is working. The latter can sometimes work more quickly to allow more rapid pain relief, although the majority of the patients prefer the former.

The effects of SCS can reduce over time; an effect that some have referred to as habituation. Some clinicians have suggested that, in such cases, pausing the therapy can sometimes mean that it works again when restarted. However, SCS is still considered to be a long-term means of pain control and is more effective over time than the alternatives, such as drugs, injections or surgery. It is hoped that personalised SCS will last longer and offer more flexibility than earlier systems – in particular, the sequential use of one waveform after the  other will reduce habituation and allow this to be a longer-term treatment.