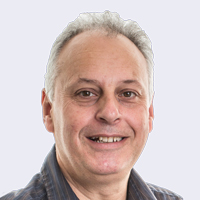 The result of a two-year study by the leading UK chronic pain charity, Pain Concern, was to develop and trial a simple ‘Navigator Tool’ to facilitate better consultations between patients and GPs, and to support the recommended self-management approach to managing chronic pain

Considering that doctors do what seems like decades of training, surely, they can read our minds?! Did they not take the telepathy module in medical school?!

I’ve lived with fibromyalgia for over three decades. It cost me my 31-year radio producer career in the BBC. In the last few years I’ve been making programmes for the leading chronic pain charity in the UK, Pain Concern.

Finally, a response to the feelings of frustration

In 2016, Pain Concern responded to the overriding issues expressed by callers to their helpline – frustration, despair, anger and helplessness at being misunderstood or seemingly being cut adrift and by their doctors.

Supported self-management – a recommended intervention for chronic pain – was an alien concept to the callers.

My subjects had been to the depths of despair, at the end of the road with their pain.

Pain Concern sought to validate what they were hearing via the helpline in a two-year research study to identify the barriers to self-management of chronic pain in primary care.

I was commissioned to make two series of short films and radio programmes as pain education tools for patients, their supporters andhealthcare professionals.

Patients felt they weren’t being listened to

Patients I spoke to felt that they weren’t being listened to by their doctors; that stronger and stronger pills were the best way forward, and that they were treated as ‘heart-sink’ or hopeless, nuisance patients.

If ‘talking’ therapies and psychological approaches were broached, the message was interpreted as, ‘doctor thinks it’s all in my head; I’m NOT mad!’

My subjects had been to the depths of despair, at the end of the road with their pain.

You had to reach ‘the end of the road’ before referral

Bizarrely, for those I spoke to, ‘the end of the road’ was where they’d needed to have reached in order to be considered suitable for referral from primary and sometimes specialist secondary care to a multi-discipline pain management programme.

I have yet to meet a healthcare specialist in the pain community who says that the best route to manage chronic pain is to wait until the patient is at ‘the end of the road’ before addressing the ‘psycho’ and ‘social’ aspects of their pain.

Addressed at an early stage in their pain journey, self-management techniques would break the ‘pain cycle’ – that downward spiral of negative affects feeding into each other – amplifying the pain and leading to despair.

Having identified poor communication as the major barrier to self-management of chronic pain in primary care, Pain Concern researchers developed and trialled their ‘Navigator Tool’, a simple solution to the communication gulf between patient and doctor.

The tool has four tick-box/questionnaire sections to be used in successive appointments. Importantly, bothparties get to prepare for the consultation, which may still last for just ten minutes, but which patients say, feels much longer.

The Navigator Tool acts like a contract between doctor and patient – both parties agree a way ahead, it’s documented, and is a big step in achieving a positive outcome.

Paul Evans is a multi-award independent radio and audio-visual producer. His 31-year career in the BBC came to a premature end when managing his chronic pain condition, fibromyalgia, with full-time employment became impossible. Since leaving the BBC, he and the chronic pain charity, Pain Concern, have enjoyed a mutually beneficial relationship. Paul has made over 110 editions of Pain Concern’s Airing Pain podcasts and two series of videos. He gives Pain Concern the highest praise and gratitude for the support and advice to get him back on his feet from ‘a very dark place’.

The Navigator Tool, supporting material including videos, is freely downloadable from www.painconcern.org.uk