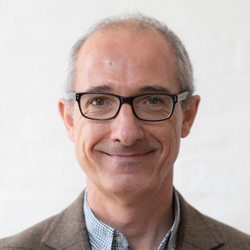 In the UK, newborn babies are tested for nine diseases using a blood spot screening programme. That’s fewer than half the number tested in many European countries. We need to do better to catch rare diseases earlier on.

In the UK, we have been collecting spots of blood from the needle-pricked heels of newborns since the late 1960s. Parents are accustomed to the notion that these small samples of blood will be used to test babies for fatal or disabling conditions as early as possible so that treatment can begin where disease is detected. Many of the conditions detectable in newborn screening, if left untreated, have serious effects that may include intellectual, developmental and physical disability – and even death. People assume as many conditions as possible are being tested.

The first condition to be introduced to the blood spot screening programme was phenylketonuria (PKU), a rare disease affecting around 1 in 10,000 newborns. The adverse impacts of this condition can largely be reduced or avoided by restricting a substance called phenylalanine, present in food protein. In the following 30 years the onlyadditional test to be officially recommended throughout the UK was that for congenital hypothyroidism.

Almost 60 years since blood spot screening was introduced, the UK has added just nine tests in total. This glacial pace of change has left the UK out of step with other high-income countries. The USA screens for up to 60 diseases, and many European countries screen for between 25 and 40.

The impact of this screening inertia has resulted in entirely preventable infant deaths.

Infant deaths could be avoided with genome sequencing

Newborn screening in the UK has undoubtedly saved and transformed thousands of lives. However, the process and criteria used by the UK National Screening Committee (UK NSC) to decide which tests should be included in newborn screening have not kept pace with medical science and social values.

The advent of genomic medicine and genome sequencing could widen the gap further, potentially allowing thousands of inborn differences to be detected from a single spot of blood. The impact of this screening inertia has resulted in entirely preventable infant deaths. For instance, in severe immunodeficiencies, only 40% of first siblings survive while, following tests, 90% of later siblings do. It has also resulted in significant disability and has robbed parents of reproductive choice.

Bringing the UK into the 21stcentury is morally imperative

The ‘disease by disease’ approach taken by UK NSC will not serve us well. Medical science is delivering new and improved treatments with increasing efficiency. There is an ethical and moral imperative to ensure that this growth in knowledge and capability be harnessed for the benefit of our children and public health. It is time to shake off the shackles of inertia and think differently about newborn screening for rare diseases.