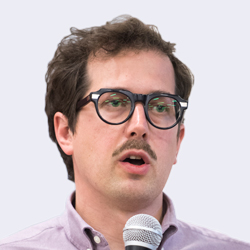 To date, many of the discussions around Brexit have been on the immediate risks of an outcome without a deal. However, there is another wave of consequences that follow with longer term impacts, arising because the UK and the EU do not have the opportunity to plan their future relationship in a transition period.

Without a transition period, we must start from scratch as a ‘third country’. Ongoing collaborations and initiatives that use EU infrastructure, funds or law will all have to stop, until a new basis for the UK’s relationship with the EU can be established and the specific terms of collaborations and initiatives renegotiated. Signs are that this could take some considerable time.

European Reference Networks (ERNs) exist because of EU legislation and use EU infrastructure. ERNs provide a new way for rare disease clinicians to collaborate across the EU – sharing information and expertise, and supporting each other with specific cases. This approach is crucial for growing expertise and improving best practice in the treatment of rare diseases.

Despite their number and diversity, rare diseases have in common that they tend to be complex and difficult to treat. The road to diagnosis can be lengthy and difficult. They have in common, too, the need for multinational collaboration in research – the sharing of expertise and infrastructure that delivers advances in treatment and hopes of a cure.

There are more than 6,000 known rare diseases, and others yet to be identified. No single centre, no single country can provide the specialist expertise necessary to properly meet the needs of every patient with every rare disease. The best outcomes for patients depend upon collaboration across borders.

ERNs can provide for this collaboration, linking approximately 20,000 healthcare professionals in 300 centres of excellence, across 26 countries. ERNs are already delivering benefits to almost a million rare disease patients ― and their future potential is enormous.

In 2017, the EU established 24 ERNs. UK NHS institutions are members of 23, and have played a pivotal role in the foundation of most. That’s 40 UK centres of excellence, and 114 specialist units, caring for approximately 150,000 rare disease patients in the UK.

The best and the brightest UK clinicians have indicated that they see their best possible future within a specialist centre connected to an ERN. UK patients have played an important role in setting the terms of this collaboration, and regard our future participation as crucial for the future of rare disease care in the UK.

Eurordis – the Voice of Rare Disease Patients in Europe – supports the UK’s continued involvement: “European Reference Networks are a landmark infrastructure that our community waited nearly 20 years for. Brexit threatens to destabilise this new infrastructure as UK expertise is one of the founding cornerstones of these networks. 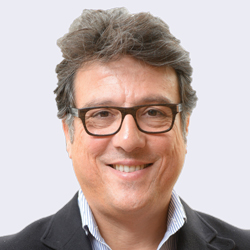 “The rare disease community cannot afford to lose the expertise of any one country. This will have a detrimental effect on patients living in the EU 27 and also in the UK.”

Show your support for UK access to research post-Brexit

The UK government has signalled that continued participation in ERNs will be a priority within a transition period with an overt statement in the draft withdrawal agreement. We need to show the European Union that this is a priority for the rest of the EU too – you and everyone else can do that by supporting our Protect ERNs campaign at protect-erns.eu.

We will take this clear message that the continuation of the UK’s participation in ERNs is a Europe-wide priority, to the EU, as soon as the transition phase begins… If, of course, we get one.