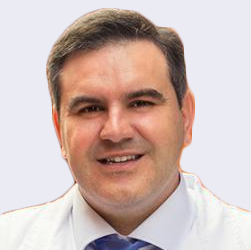 Co-author of the study and Head of the Lung Cancer Unit, Catalan Institute of Oncology (ICO)-IDIBGI in Girona

New research suggests that a silibinin-rich extract of the milk thistle plant fruits (known to support liver health) may also be beneficial to patients with brain metastasis [1,2].

Milk thistle (Silybum marianum L. Gaertn), is an extraordinary looking plant: spiky, spiny and usually adorned with a vibrant, red-purple flower. Now, research suggests that it may have extraordinary anti-cancer properties too.

The active constituent of milk thistle fruit is a flavonoid called silymarin, the key component of which is silibinin. These substances have documented hepatoprotective properties. Since 1971, Euromed — a leading producer of standardised herbal extracts and active pharmaceutical ingredients of botanical origin — has been precisely extracting silymarin (and other botanical compounds) for the global pharmaceutical and nutraceutical industries.

At least 25 % of pharmaceutical drugs are derived directly or indirectly from plants. Medicinal plants may contain dozens of active constituents and it is a fundamental requirement of modern scientific research that the most beneficial constituents are identified, researched, properly extracted and available in standardised format. Euromed´s standardised silymarin has been studied over the past few decades in thousands of patients worldwide for its role in liver health. Besides, its intravenous administration is the antidote of choice for potentially fatal poisoning from ingestion of Amanita phalloides mushroom. Now, scientists are examining the efficacy of Euromed’s milk thistle extract in other areas of medicine.

For instance, preliminary research at the University of Washington, supported by the National Center for Complementary and Integrative Health, suggests that the company’s milk thistle extract elicits anti-inflammatory and immunoregulatory activity in human immune cells, including in cells obtained from HIV-positive subjects [3]. Anti-inflammatory solutions for HIV-positive subjects are needed as many HIV-positive subjects suffer from chronic inflammation, associated with various inflammatory diseases. The same group of researchers reported that Euromed´s silibinin “inhibited viruses by multiple inhibitory mechanisms that target the cell and reduce the activation status/potential.”[4]

Recently, more research was published [1,2] indicating that Euromed’s extract standardised in silibinin may even be beneficial to patients with brain metastasis. “Brain metastasis is a major challenge in the field of oncology,” explains Dr Joaquim Bosch, co-author of the studies and Head of the Lung Cancer Unit at Catalan Institute of Oncology (ICO)-IDIBGI in Girona.

“It depends on the type of cancer a patient has; but it is estimated that around 10% develop brain metastasis, which worsens their prognosis significantly. Because the brain is such an important and enclosed organ, it is also very difficult to treat. Brain surgery is risky because side-effects and complications are possible; and radiotherapy can also have side-effects. So, we need to find a new therapeutic concept for brain metastasis.”

Milk thistle could help cancer patients in the future

Dr Bosch’s research offers hope that this may be possible in the future. Silibinin is a direct inhibitor of pSTAT3 [5], a protein constitutively activated in many different types of cancer that has a prominent role in mediating resistance to conventional chemo/radio-therapies and modern targeted drugs; and Dr Bosch found that administering it to brain metastasis patients reduced lesions without causing any adverse effects.

“After promising results in experiments with mice, the extract was given to 18 patients with lung cancer and brain metastasis,” says Dr Bosch. “Twenty per cent of them displayed a complete response (brain metastases disappeared) and 55% displayed a partial response (metastases reduction higher than 30%). This is a very positive outcome.”

However, further research must now be conducted before the extract can be used in clinical practice. “We are in contact with AEMPS (Agencia Española del Medicamento y Productos Sanitarios), the Spanish Drug Agency, in order to know which studies are required to change a nutraceutical supplement to a drug for patients,” says Dr Bosch. “I estimate that around 3-5 years will be needed to complete all the regulatory requirements, which will probably require at least one prospective clinical trial.”

Why efficacy of milk thistle extracts can vary

Silymarin is not water-soluble, therefore it is difficult to fully absorb, and infusions of the milk thistle fruits do not provide efficient medicinal compound absorption. Several milk thistle preparations are currently available in the market; but these can differ due to agricultural and production methods — which may also result in variations of silymarin and silibinin. So not all extracts are equivalent, warns Dr Bosch.

“Effective silibinin administration in humans is an important issue,” he says. “Given the poor absorption, rapid metabolism, and ultimately poor oral bioavailability of silibinin, efforts have been made to circumvent these limitations, including nanotechnology-based drug delivery of silibinin. “Euromed’s pharmaceutical-grade formulations of milk thistle fruit extract  have excellent  release rate and absorbability. This can help overcome the limitations of oral administration of silibinin to cancer patients.”