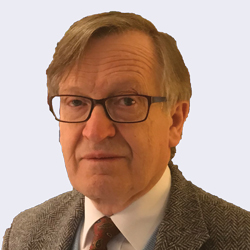 When clinicians, researchers, pharma companies and patients themselves all work together, amazing breakthroughs can happen in the field of rare diseases, says a leading specialist.

Professor Timothy Cox — Director of Research, Honorary Consultant Physician and Emeritus Professor of Medicine at the University of Cambridge — has always been fascinated by the field of rare disease research. And for good reason. “To be ‘rare’ is shocking for patients,” he says. “It means delayed diagnosis, alienation, and no-one knowing what to do or how to help you. You only have to look at the disabling effect of genetic disease in young children. That’s a human tragedy. So (as a clinician) the thought that you might be able to put things right — and also that your research could extend treatment into other areas — is a powerful force.”

Professor Cox says, while not being a religious man, he is evangelical about what can happen when researchers, pharmaceutical companies, the medical profession and patients work together for the greater good. Regional Rare Disease Networks — such as the CRDN in Cambridge — bring all the agencies together and also, importantly, local patients and their organisations. Such collaborations can result in life-prolonging or even life-saving orphan drugs.

The strength of patient advocacy groups

He’s especially passionate about the power of patient advocacy groups, whose lobbying was partially responsible for the introduction of the European Orphan Drug Act in 2001 (“which made a massive difference to drug development”) and whose vigour sparked major research breakthroughs into diseases such as cystic fibrosis. Once, those born with cystic fibrosis would often not live into their teens. Now they are living much longer. “With cystic fibrosis, the assembly of specialist services has improved care and outcomes through best practice (and) are now able to advocate for access to the best molecular therapies,” says Professor Cox. “It is early days but the latest treatments hold enormous promise for prevention and indeed some reversal of the disease.”

Once, those born with cystic fibrosis would often not live into their teens. Now they are living much longer.

Medical advances are made by the diligence of many individuals, says Professor Cox. “For example, take the scientist who discovered the cystic fibrosis gene. Then the scientists who worked on the protein identified by that gene and discovered what was going wrong with it. Then the screening team who screened thousands of random chemicals in the search for a treatment, and so on. The individual motivation and positivity that comes from such co-operation cannot be underestimated. Yes, the different ‘stakeholders’ processes and rewards are different, but their goal is the same. Seeing that synergy develop has been the thrill of my professional lifetime.”

It has another benefit too. Research into rare diseases can also lead to important discoveries that may help the treatment or management of more common conditions. For example, Professor Cox cites how recent research found that the gene mutations involved in Gaucher disease — a rare genetic condition — are linked to the much more common Parkinson’s disease. “The study of rare disease is full of scientific insight,” says Professor Cox. “You don’t know where that insight will take you.”

Naturally, it is vital that this work continues, which is why it’s so important to remember rare diseases all year round — not just on Rare Disease Day. “In a way, Rare Disease Day reminds us of what we haven’t achieved,” says Professor Cox. “Although it also highlights what we are beginning to achieve in this complex and important field.”