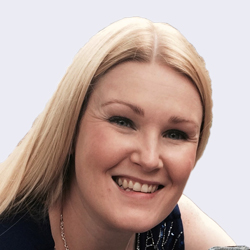 The first thing you need to know about nine-year-old Aaron Hunter is that he’s one of most selfless people you could ever meet, always putting the needs of others before his own. The second thing is that he’s absolutely obsessed with the Marvel universe and Iron Man in particular. He’s also bright, funny and everyone who meets him falls under his spell.

There is another thing, however. A disease called ROHHAD has severely restricted Aaron’s quality of life since he was three years old.

Weight gain and breathing problems are symptoms of ROHHAD

ROHHAD — or Rapid Onset Obesity, with Hypothalamic Dysfunction, Hypoventilation and Autonomic Dysregulation —is life-limiting and mainly affects children, causing them to gain weight and experience breathing difficulties and other problems. It’s a cruel and extremely rare condition. There are fewer than 100 cases worldwide and there is no known cause and no cure. Children with ROHHAD are not expected to reach adulthood.

“ROHHAD is very challenging to live with,” says Aaron’s mum, Elisabeth Hunter. “Aaron is ventilated at night and sometimes during the day. He needs care 24/7. He can’t maintain his body temperature and his heart rate is now falling low at times, so he may need a pacemaker in the future.”  He’s also constantly in and out of hospital and, most recently, needed an operation to remove his colon.

With no government support, Aaron’s family decided to set up their own ROHHAD charity

Diagnosis for ROHHAD patients is slow and, in Aaron’s, case took two years. When confirmation did finally come, Aaron, Elisabeth, his dad, Ian, and sister, Lauren, were devastated.

Children with ROHHAD are not expected to reach adulthood.

“We decided we had to do something to raise awareness and money for ROHHAD research,” says Elisabeth. “Because it’s so rare it doesn’t qualify for government funding or support from major charities. Yet, we know there are consultants in the UK, Italy and America who are keen to understand this disease and find out how they can improve patients’ quality of life. So we asked Aaron what he thought about setting up a fundraising charity and he said: ‘Great idea. Let’s do it!’”

So, four years ago, the Hunters launched the ROHHAD Association, an organisation that is funded entirely by donations. The charity also unites families around the world who are affected by the condition, offering them online support. “Because it’s so rare it’s a very isolating disease,” explains Elisabeth.

Aaron, as selfless as ever, is keen to raise as much money as possible to help his friends with the disease and, last year, even got Iron Man star, Robert Downey Jr, involved in the cause. “He wanted to do a challenge on social media with Iron Man and the Avengers,” remembers Elisabeth. “So he posted a video message for the real IronMan on Twitter, with the hashtag #AaronNeedsIronMan, which went viral.” Mr Downey Jr was so touched that he answered Aaron’s plea to help his special friends.

Aaron and Robert have since become firm friends. “Robert has so much time for Aaron who absolutely loves him,” says Elisabeth. “Aaron has just spent three-and-a-half weeks in hospital and Robert has been so supportive and messaging him. He is a humble man who has been very generous with his time and given a lot of love and support to Aaron and the other children with ROHHAD.”

In fact, between them, Aaron and Mr Downey Jr have started a ROHHAD fundraising campaign on social media, where the Hollywood A-lister jumped in a muddy puddle and then challenged his fellow Avengers stars to do the same.

Thanks to initiatives such as this, the ROHHAD Association will be donating £275,000 to ROHHAD research this year; but more — much more — needs to be raised if a breakthrough is to be found and lives are to be saved. Aaron is determined to make it happen and is hopeful that many more people will want to help.

Perhaps Robert Downey Jr — who calls Aaron, “a force of nature” — put it best. In one tweet calling for fundraising action he wrote: “I may play Iron Man, but Aaron is the true hero.”