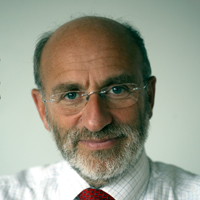 Influenza is a highly infectious disease that usually strikes during the winter season. Globally, it causes an estimated one billion cases of influenza, resulting in 290,000 to 650,000 deaths per year. A person can get the virus simply by being near an infected person that coughs, sneezes or talks, or by touching something with the virus on it.

The intensity and severity of influenza season varies between years, fluctuating between mild to very serious episodes in some years. For instance, the Spanish influenza pandemic of 1918 is estimated to have killed up to 50 million people over two years, after having infected one-third (around 500 million people) of the global population. In comparison, the 2014-2016 Ebola outbreak killed, in the same time span, around 11,000 people.

Some people are more at risk than others

Although everyone can be affected, some people are more at risk than others, such as the elderly, people with chronic diseases (such as heart disease and diabetes), young children, pregnant women and healthcare professionals. The most effective way to prevent the disease is vaccination, which is especially important for people at high risk of influenza, as mentioned above. Studies show that influenza vaccination in patients with heart conditions can reduce the chance of a secondary heart attack by up to 67%.

Safe and effective vaccines are available and have been used for more than 60 years. Immunity from influenza vaccination wanes over time and the virus mutates continuously. Therefore, annual vaccination is recommended to protect against influenza. Regardless of the natural variation of the vaccine benefits, influenza vaccination always reduces severity of disease, complications (such as pneumonia) and death.

Yet, in spite of its known safety and benefits, influenza vaccination rates are unfortunately low, even among those most at risk. There is a perception the disease is not that serious, or that the vaccine is not particularly effective. Other misconceptions, combined with a growing mistrust of vaccination can cause hesitance to be vaccinated at all.

If you want to learn more about influenza, visit reliable sources such as the World Health Organization, or ask your doctor or pharmacist.