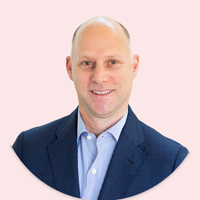 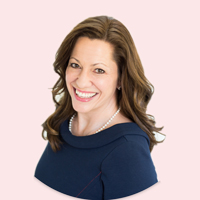 The existing ‘gold standards’ of vaccine biomanufacturing assays are not fit for purpose – but embracing transformative methods for modern biomanufacturing will require a shift in thinking to enable new capabilities for delivering life-saving vaccines around the world.

When a pandemic hits, the scientific community rallies to characterize the threat and then develop, biomanufacture, and distribute a vaccine that will stop the virus in its tracts and save lives. However, all too often their efforts can be hampered by outdated tools and processes.

New technologies, such as Laser Force Cytology (LFC), can significantly speed up the development, biomanufacturing, and clinical efficacy assessments, ensuring new treatments get to the people who need them as soon as possible.

Such methods could represent a sea change in the sector, but it will require a fundamental shift in how things are done.

“We need new innovative and objective tools to replace these outdated standards. There is broad consensus across the vaccine industry that solutions to compress development and production timelines are a top priority. Non-profits and trade groups such as The Gates Foundation and The National Institute for Innovation in Manufacturing Biopharmaceuticals (NIIMBL) and are working hard to support these efforts, which will allow more cost effective and efficient approaches to manufacturing vaccines and delivering them globally.”

We need to be ready with new 21st century tools which can play a critical role in stopping a calamitous infectious disease outbreak.

One such solution is LumaCyte’s Radiance instrument which is powered by label-free LFC, which can measure viral infectivity very quickly, by measuring the intrinsic, biophysical and biochemical properties of cells, says CEO and Chief Scientific Officer, Dr. Sean Hart. “Assays can be completed in as little as a few hours to a couple of days versus many days or weeks for traditional methods. For process or production monitoring, results can be obtained in real-time allowing for rapid decision making and production optimization. This game changing capability can provide significant efficiency across the upstream and downstream vaccine biomanufacturing processes where saving time can ultimately save lives.”

“If you look back at the recent Zika virus outbreak of 2015-16, it was scary because we didn’t have a vaccine,” he said. “New cases were being identified at an alarming rate, and if unchecked, could have spread like wildfire, so it is incredibly important to have tools that quickly enable us to develop and deploy a new vaccine.”

“With the Ebola epidemic of the same period, the world was lucky that a candidate vaccine had already been partly developed and was pulled out of storage for emergency use. We should not expect to be that lucky next time, and we need to be ready with new 21st century tools which can play a critical role in stopping a calamitous infectious disease outbreak”.

Are we ready for the next pandemic?

“A perfect example would be a new flu pandemic. Similar to the so-called ‘Spanish Flu’ of 1918, which came on rapidly, there was a quick mutation which nobody had resistance to, and it just took over,” says Dr. Hart.

Being able to respond very quickly to such global threats is critical to public health, and these new methods can help by allowing developers to iterate more quickly during discovery, process development, and biomanufacturing. They also drive quality by taking subjectivity out of titre measurements and reduce waste by extending product shelf life.