In the UK today, around 150 women will receive a breast cancer diagnosis. By 2035, this is projected to rise to over 200. 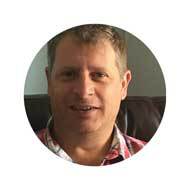 Mark met Tina on a blind date, arranged by his brother, who knew of their mutual love of motorbikes. The couple later married and while pregnant with their first child, Tina discovered a lump in her breast. However, she was reassured by doctors that lumps were commonplace during pregnancy.

Three days after giving birth, Tina was diagnosed with breast cancer and underwent a mastectomy.

Tina’s treatment led to her experiencing early menopause, so it came with great surprise and joy when Tina discovered that she was pregnant again.

She was reassured that lumps were common in pregnancy.

Six months after the birth of their second daughter, Tina’s annual checkup revealed that her cancer had returned and had spread to her liver and bones.

Her treatment was successful in reducing the size of the tumours but the side effects caused her great discomfort.

Mark remembers, it was on a Sunday morning when Tina had woken with a terrible headache. An ambulance rushed her to hospital where scans revealed a cerebral bleed requiring emergency surgery. Despite all efforts Tina passed away overnight.

At just 47 years old, this marked the tragic and abrupt end to Tina’s 16 year fight against breast cancer.

The lives of approximately 1000 people a month in the UK are cut short by secondary breast cancer. Against Breast Cancer are dedicated to reducing this number by funding research into prevention, diagnosis and treatments for this devastating disease, with a special interest in glycobiology.

Today we are supporting research in 4 key areas;

Or email us at: [email protected]